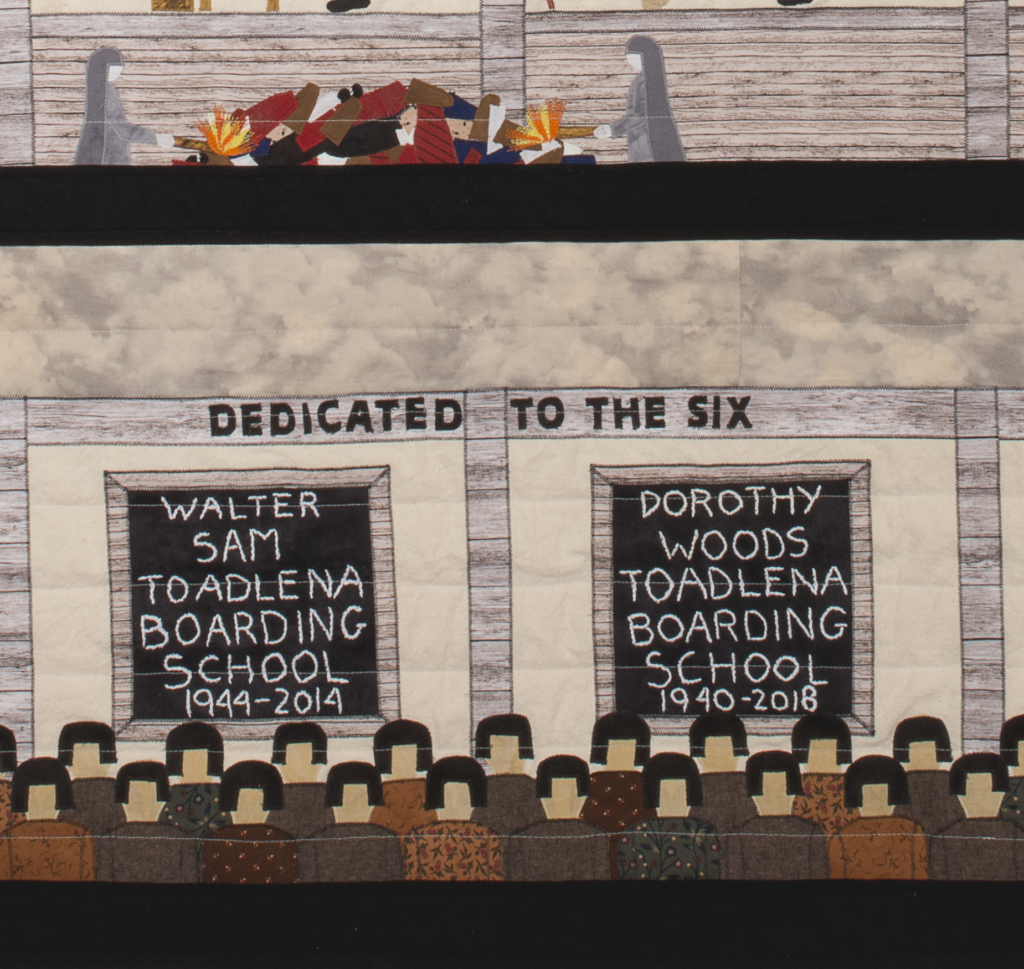 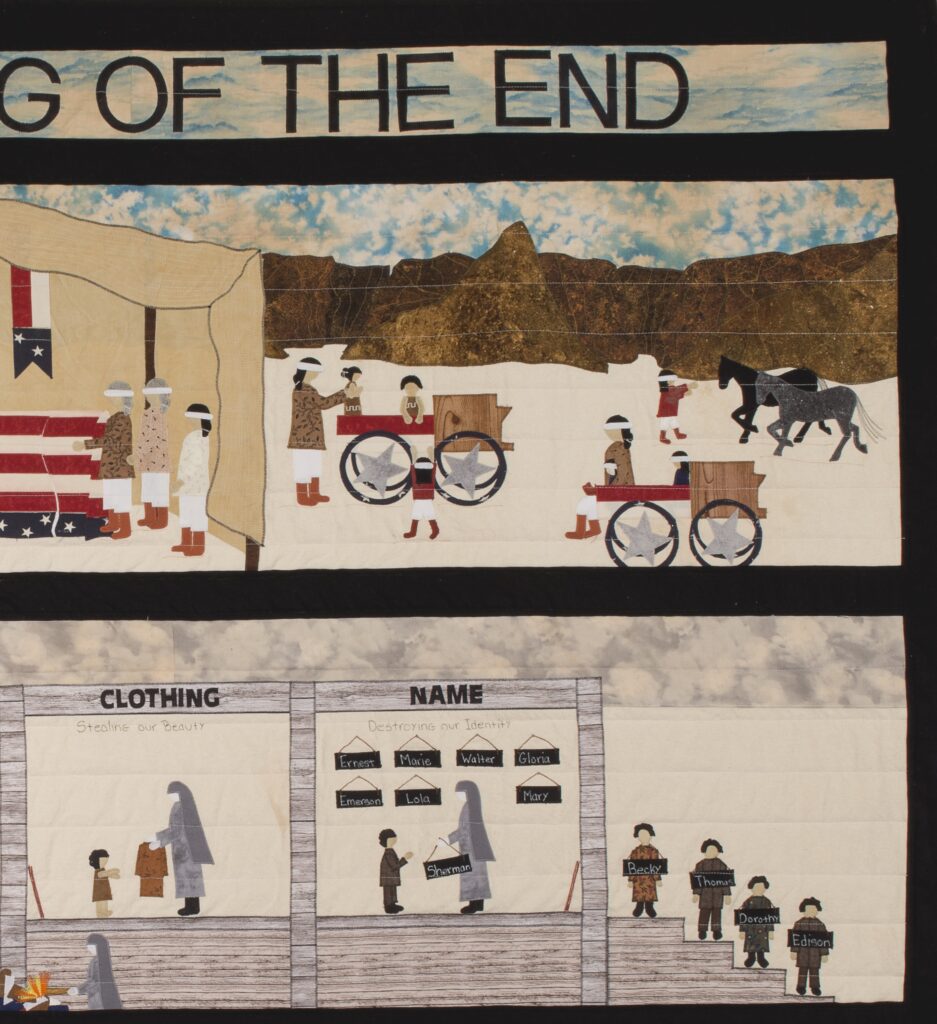 From the 1860s to the 1970s, Indian boarding schools (called residential schools in Canada) operated with a strategic and purposeful goal to force Indigenous children to assimilate into Anglo-American or Canadian culture. Children were taken from their homes, often being transported across the country. They were punished for speaking their languages, had their hair cut and clothes taken, and were not allowed to practice cultural traditions. Punishment was often severe, and children were frequently abused and even killed.

For decades, this history was largely ignored outside of Indigenous communities. But on May 28, 2021, the remains of 200 children were discovered in an unmarked mass grave at the Kamloops Indian Residential School in Canada. Since then, hundreds more unmarked graves have been discovered at other residential schools, and this dark history is coming to the forefront.

In the United States, Secretary of the Interior Deb Haaland (Laguna Pueblo) who is herself a descendant of boarding school survivors, has launched an investigation into the Federal Indian Boarding School Initiative in response to the discoveries in Canada, with an emphasis on finding potential boarding school burial sites in America. According to the National Native American Boarding School Healing Coalition, 83% of Indigenous school-aged children in the United States were in boarding schools in 1926.

Navajo quilter Susan Hudson roots her quiltmaking practice in honoring her ancestors and documenting Indigenous stories. Her quilt “The Beginning of the End” documents this history and teaches it to viewers of all backgrounds. Her work in creating this quilt helps uncover a history that many viewers are only beginning to learn about, and shows them the harsh realities and legacies of that history. Quilts like Hudson’s also provide an opportunity for communities to heal through the important acknowledgment of historic trauma and the honoring of people who lived through painful times in history.