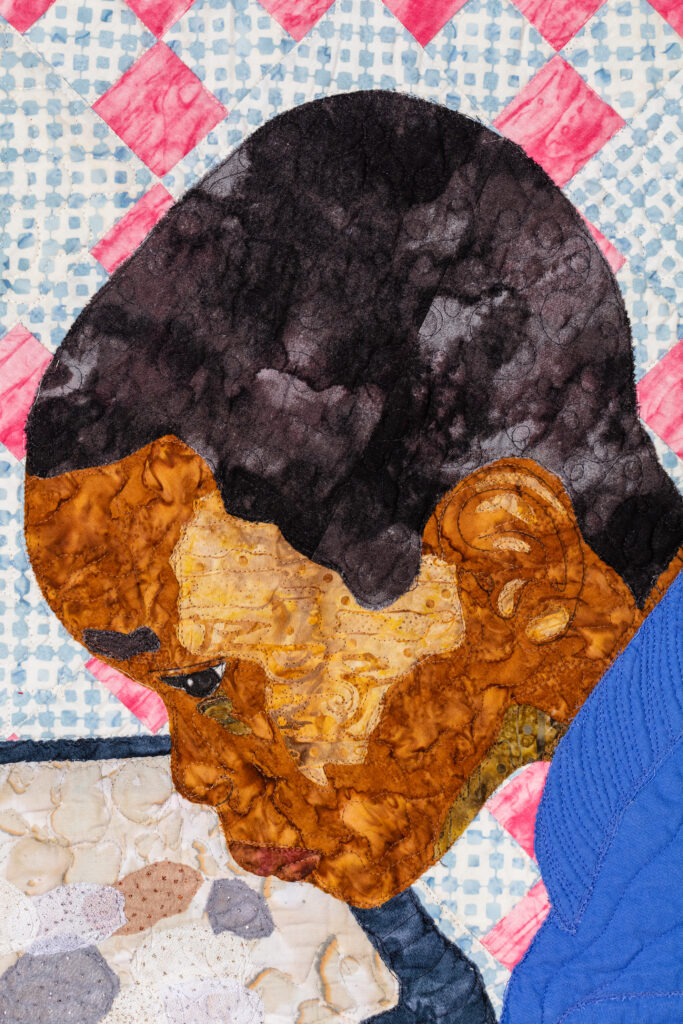 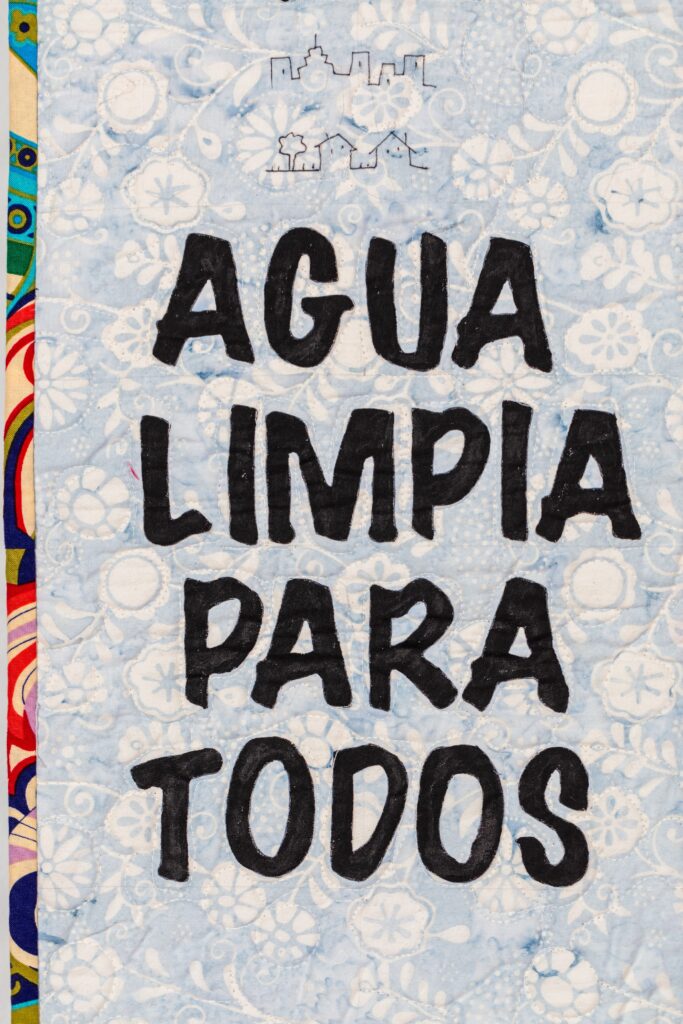 Quilts often mark events that have passed. But they can also commemorate events that continue to unfold, like the water crisis in Flint, Michigan. In 2014, the city of Flint began using water from the Flint River instead of from Detroit as a cost-saving measure. Deciding not to treat the new water source to ensure it would not corrode water pipes, the city knowingly provided toxic drinking water with high lead levels to its residents.

Flint residents immediately began complaining about decreased water quality, water that was as dark as coffee or smelled like metal, and medical side effects including rashes and hair loss. Shortly after the water switch, an outbreak of Legionnaires’ disease caused the deaths of 12 Flint residents and serious illness in nearly 90 more.

Soon after, Michigan-based pediatrician Dr. Mona Hanna-Attisha noticed lead levels rising in children’s blood samples, finding that the percentage of children with elevated lead levels had doubled in the year since the water switch. Despite her warning, as well as the warnings of many other medical, engineering, and water quality professionals, the city and state continued on its path.

As a majority-black city with a large population living under the poverty line, the crisis is viewed as a racist event unlikely to happen in more affluent parts of Michigan. And the result is permanent health and developmental issues for the city’s children that have yet to fully be seen.

Community activism and support from outside the Flint community uncovered this negligent public health crisis and created positive change. To date, over 10,000 pipes have been replaced in Flint, and government officials are being held accountable legally, including former Michigan Governor Rick Snyder.