This quilt will also be on view August 20 through October 2, 2021 in Trying to Make Sense of It: 9/11, Loss, and Memorial Quilts at the International Quilt Museum, Lincoln, Nebraska 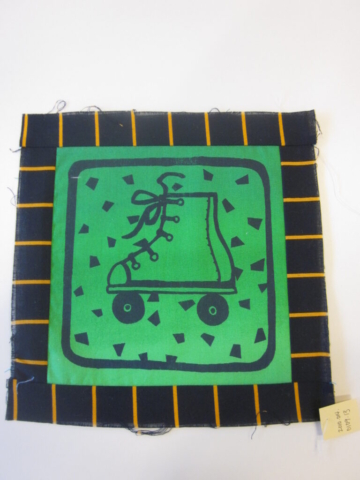 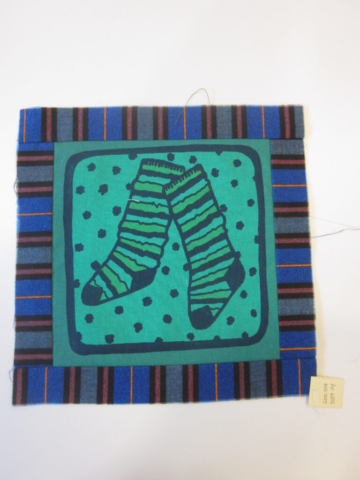 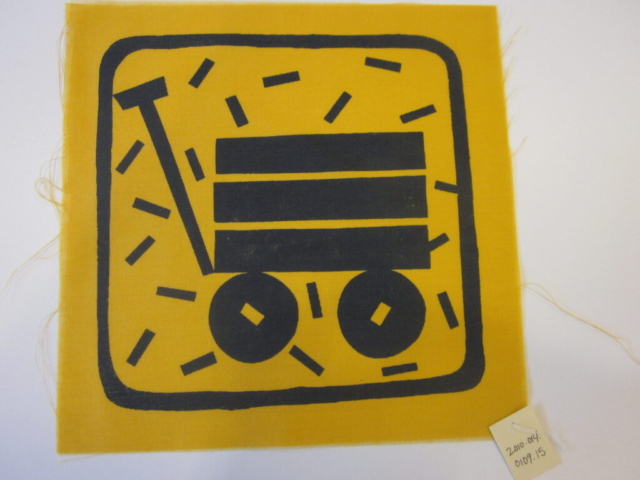 On April 19, 1995, a van containing a powerful bomb was parked outside of the Alfred P. Murrah Federal Building in Oklahoma City. When that bomb exploded, it ripped the structure apart, completely destroying approximately one third of the building which was occupied with people expecting to have another regular Wednesday.

In total, 168 people were killed that day and more than 500 were injured in an incident that the FBI calls “the worst act of homegrown terrorism in the nation’s history.” Tragically, among the dead that day were 19 babies and children who attended the Stars and Stripes Daycare on the second floor of the federal building.

These deeply personal losses were broadcast on national television, causing it to be remembered and re-lived countless times. Aren Almon, a new 22-year-old mother at the time, was one of the parents forced to be retraumatized by her one-year-old daughter Baylee’s death when a photographer captured a firefighter holding Baylee after the blast. That photo went on to win the Pulitzer Prize and was on the cover of countless publications.

“It was very hard to go to stores because they are in the check out aisle. It was always there. It was devastating. Everybody had seen my daughter dead. And that’s all she became to them. She was a symbol. She was the girl in the fireman’s arms,” Almon said. “But she was a real person and that got left behind.”